Incorrect power of attorney submitted to NBA may be revised

On 4 March 2015, the Regional Court in Warsaw issued an interesting decision by regarding the complaint of the Chairman of the Public Procurement Office submitted against the Decision of the National Board of Appeal. The NBA dismissed the appeal due to the incorrect power of attorney submitted by the appealing Contractor. Let’s look at the case from the very beginning …

Decision of the National Board of Appeal

The Chairman of the Public Procurement Office objected to this Decision and filed a complaint against it. The Chairman stated that an incorrect power of attorney could be amended or supplemented as if it had not been submitted in the first place.

Decision of the Regional Court

The position of the Chairman of the Public Procurement Office was upheld by the Regional Court in Warsaw. The Court stated that the NBA had been wrong in dismissing the appeal.

This decision of the Regional Court is important for two reasons.

Firstly, it provides the appealing entrepreneur with the opportunity to replace the incorrect power of attorney submitted with the appeal lodged with the NBA. So far, this has raised quite considerable controversy due to the ambiguity of the regulation regarding removal of formal deficiencies of the appeal.

Secondly, this decision confirms the importance of the complaint procedure initiated by the Chairman of the Public Procurement Office, which influences the practice of appeal proceedings in public procurement contracts.

Therefore, the activity of the Chairman of the Public Procurement Office should be perceived as a positive phenomenon when it comes to lodging complaints against controversial decisions of the National Board of Appeal. Keep up the good work, Mr Chairman! 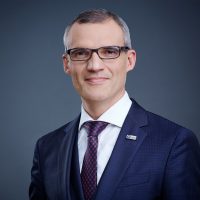